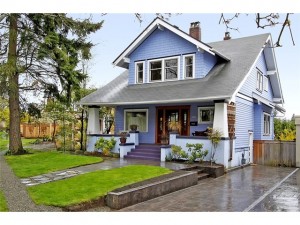 Sometimes it pays off for a buyer who doesn’t want to fight with multiple offers to get their hands on a home. I was invited by an agent for a price opinion for his upcoming listing. While I was there, I was thinking about some buyers I had who just don’t like to fight for a house with multiple offers and we had been looking for quite some time. So, I presented the idea of the agent asking his sellers to sell it off the market. And voila! This classic craftsman had everything most want including 3 bedrooms upstairs (with a gorgeous added-on mstr suite w/private deck), 2.5 baths, newer kitchen, large din rm w/custom built-ins and rec space below. But it also had some severe settling which is likely why no one bought it when it was on the market in 2011. My buyers were interested in doing the work whereas most would not want to touch it. And so, now they love their new home, didn’t have to fight for it and look forward to improving the value and enjoying their home for years to come.